Friends of the Descanso Library


We accept donations to the Scholarship Fund.  Please check the donation page on our website or send the scholarship donation form with your check. Thank you for supporting this important Friends activity.

Selection is an annual event held in April and May.  You will find Information about how to apply at the Library in March.

To be eligible the graduating senior must:

* plan on attending a community college or university

A panel of 5 judges decides on the winner.  Essays are reproduced without names and scored by the judges. An oral interview follows, where the panel asks questions of the applicant. 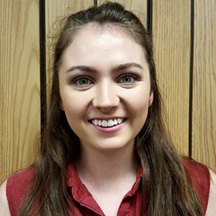 The recipient of the Friends of Descanso Library Scholarship for 2017 is Andrea (Andy) Lee of Descanso. Andrea will be attending Shasta Community College in the fall. Congratulations Andrea

Makiah Salzano is a 2016 graduate of Mountain Empire High School with a GPA of 3.92.  She plans to attend Fort Lewis College in Durango, Colorado in the fall.  Makiah would like to pursue either a degree in math, art, music, or perhaps a foreign language.  She has played soccer for many years, and was voted the Southern Conference Player of the Year for 2016.  Summers have been spent for the last 3 years as a camp counselor inspiring young people.  She was a dedicated cross-country runner for her high school and regularly competed.  In her free time, Makiah writes poems and short stories for fun and relaxation.  She is also an accomplished musician on the piano, playing for both the concert band as well as the advanced choir.

Joseph Goodrich is a 2016 graduate of Pine Valley Academy with a Grade Point Average of 4.0.  He plans to attend Cuyamaca College in the fall, followed by a transfer to San Diego State University, and intends to pursue a degree in mathematics in order to become either an accountant, an auditor, or perhaps a statistician.  He has taught younger kids Karate for 5 years, and has also refereed AYSO soccer.  As well as volunteering for the USFS planting new oak trees after fires, Joseph also helps out the local Forestry department with other tasks.  For the past 5 years, he has worked for many residents around the community of Descanso doing yardwork and other required tasks.  We wish him the very best in his endeavors.

Riley graduated from Mountain Empire High School with a weighted GPA of 4.24. She ranked #1 in her graduating class of 2015. She was on the Cross Country Team and Copy editor for the school newspaper as well as the year book. She was in charge of her staff of 28 students in producing both of these publications. Ms Anderson will be attending the University of California, Santa Barbara in the fall. She will major in geography with an emphasis in geographic information systems (GIS). This is very important to her as she has a great interest and love for the environment and feels a responsibility to the planet. We are happy to help Riley along her way to achieving her goal for her future.

Tyler is a recent graduate of Mountain Empire High School. He belonged to the marksmanship team and competed in the state finals. He also played football for his school. He is attending Golden State Flying Club ground school and hopes to graduate from there this summer. The major goal here is a business degree in Aviation. This means learning to fly as well as learning the business end of things. This has been a dream of his for many years. He plans on attending San Diego Miramar College in the fall. They have an excellent program for learning to become an aviation pilot. He is very dedicated to this dream and he will make it a reality. Helping Tyler along with his plans for the future is a privilege.

Tessa graduated from Christian High School with honors. She has wanted to be a vet since she was a child. The classes she took in high school were to better prepare her for the long road ahead. Being a lover of animals, she has donated many volunteer hours working with greyhound dogs at the adoption center.

In the fall, she will be a student at Point Loma Nazarene University working on her Bachelor of Science degree in Biology. We have been pleased to help her along her road to success.

Katie graduated from Mountain Empire High School with honors. She was very active as Junior class president as well as ASB president in her Senior year. During summer breaks she traveled to Costa Rica and Peru to help with the Turtle Conservation Program, Summer Camp Leadership, and participated in the protection of marine and jungle ecosystems.Working with the people of these countries has given her a desire to pursue her degree in Sociology to further help third world countries. In the fall she will attend California State University at Fullerton. We are happy to help her achieve her goal. 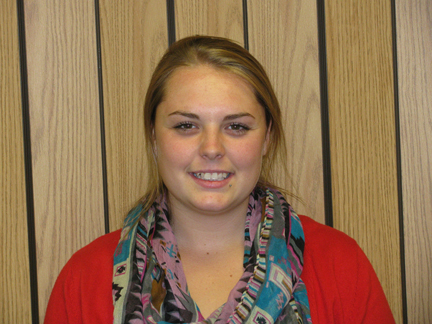 Michelle is very active in her school and church, showing initiative in everything she sets out to accomplish.  Her main interest is in the sciences.  She has chosen biology as her major.  She will pursue a degree in science focusing on anatomy at Grand Canyon University in Phoenix, AZ in the fall.  She hopes to become a physician's assistant and practice here in San Diego. 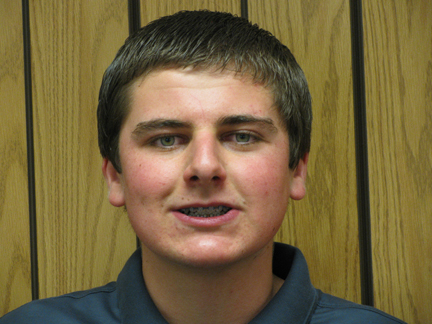 Daniel has always been interested in weather.  He says, "his calling is the weather".  His major will be the atmospheric sciences.  He wants to become a meteorologist and use this information to predict the weather.  New techniques for weather predictions are improving constantly and he wants to become a part of this.  He will begin his higher education at Grossmont College in the fall. 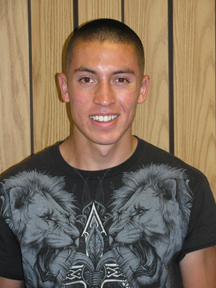 He has been accepted into the United States Military Academy, West Point New York. The mission there is to educate, train and inspire the Corps of Cadets so that each graduate is a commissioned leader of character committed to the values of Duty, Honor, and Country and prepared for a career of professional excellence and service to the Nation as an officer in the United States Army.

James has worked very hard to attain his goal of attending West Point. He will make an excellent officer due to his dedication and drive. A student at this Academy takes on 17 or 18 credits of classes, must be involved in a sport and a club, be in top physical condition at all times, attend to military duties and training and follow a set of rules and guidelines.

This will be a difficult task, but James is up to it and anxious to get started toward his lifetime goals.
We say congratulations and good luck on your road to success. The Friends of the Descanso Library are proud to be able to award this $1000 scholarship to our Descanso resident. 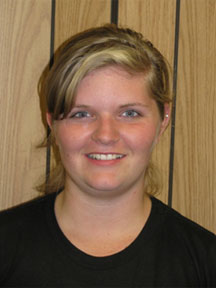 Bronte is a graduate of Mountain Empire High School where she was very active in the Future Farmers of America. She attends Costa Mesa College in Oceanside in the fall and eventually plans to graduate from Humboldt State University with a degree in anatomy. 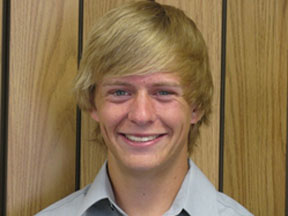 David is a graduate of Steele Canyon High School where he participated in track, cross-country, and wrestling. He was a member of the Academic League team and the Science Olympiad team. His main focus is mathematics.

David is now attending the Honor College at Oregon State. He started as a Sophomore so is entering his Junior year. David LOVES it up there. This next is a quote from him.
“The weather is great, the flowers are beautiful, the berries are good and the teachers are smart!  I am learning a lot, keeping my grades up and still loving Mathematics.”  He also added “oh yeah, and the girls are really cute too” 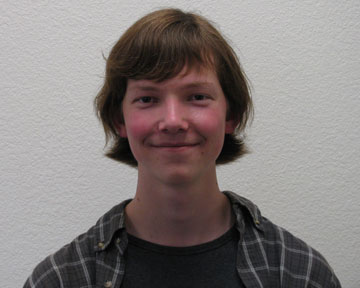 I'm currently studying Biochemistry and Molecular Biology at the University of California Santa Cruz. I've learned more in the past two years here than I probably learned in the last sixteen. It's challenging, but at the same time it's been one of my most rewarding experiences. It's an amazing opportunity to get to study here. I really can't say enough about how grateful I am for the moral support I have received from my friends and family, but I also appreciate the financial support that I have received from the community of Descanso, especially the Friends of the Descanso Library and the Town Hall Association. 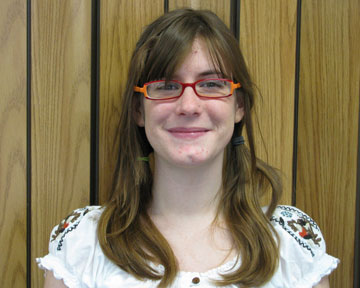 Taylor graduated from Mt. Empire High School and is now a Junior at Humboldt State University. She is studying biology with an emphasis on ecology and minoring in Appropriate technology which is a cross discipline in engineering and political science. She loves the university and the Humbolt area.

Nov., 2014 Taylor now works for the library system as an intermittent worker.

Go to the top